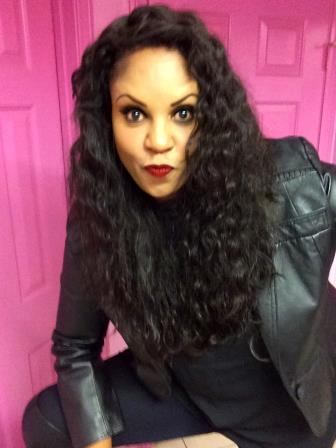 I was born in San Bernardino but raised in Vista, California, and later Portland, Oregon, then finally back to Southern California and settled in the High Desert. My broadcast journey kicked off in 2005 after graduating from broadcasting school. I was hired by ClearChannel Radio as an on air personality on Y-102 FM. I found myself learning and working with some of the industry’s top DJs. After El Dorado Broadcasters bought out ClearChannel Radio, I later became an on air personality on Kat Country 100.7FM, Talk 960-AM, and Production Assistant.

I then crossed over to NBC News Radio as an Announcer and radio Host interviewing a variety of celebrities, artists, authors and singers. A few years later, I became a host for “The Morning Show” on ABC News Radio and a Co-host for “The Hollywood Social Lounge” which covered celebrity news, red carpet interviews, current issues, and what was hot in Hollywood!

Now I’m back on the radio doing what I LOVE on HD 96.3, bringing you the Jams!

I have strong community ties and an active community presence. In my free time, I support charitable organizations that are near to my heart. I’m also a mentor for The University of Redlands KDAWG College Radio station, which is run by students. I produce and host my own radio show aired weekly on KDAWG called “Mia Mocha’s Mega Mix!” I’m also on the Brandman University Advisory Board.

On January 19, 2021, Deputy A. Ramos, with the Victorville Police Department, was on patrol when he observed a stolen 2015 Kia. The vehicle was traveling on Mojave Drive near… [...]

Imagine being woken up in the middle of the night by a major disturbance at your front door. When you look on the camera you see a stranger with a… [...]

We use cookies to ensure that we give you the best experience on our website. If you continue to use this site we will assume that you are happy with it.Ok